To review, the accounts and assets of former employees 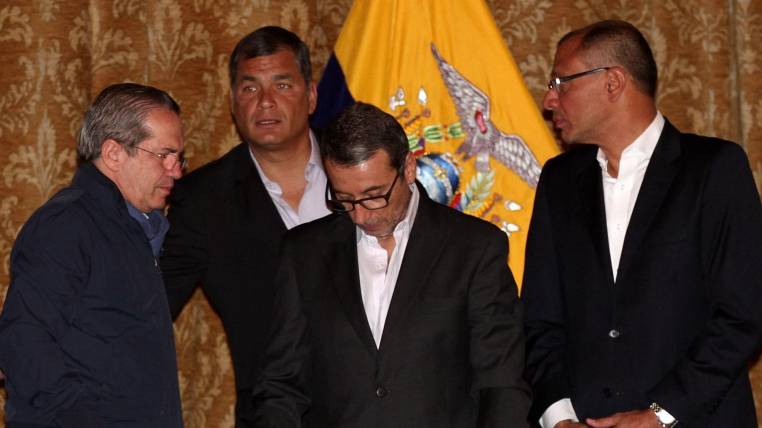 The Comptroller’s Office follows the trail to the most visible faces of the correísmo. Only this year has begun eleven examinations of the declarations of former public officials who, at the time, were close to the former president, Rafael Correa.

The control institution has 342 audits in place for the accounts and assets of officials and ex-employees nationwide. There is a bit of everything there, from the former vice president, ministers and managers to dependents of the decentralized autonomous governments.

The list is headed by one of the most famous correistas: former Vice President Jorge Glas. He is in prison, paying a penalty of six years for the crime of illicit association for his participation in the corruption plot of Odebrecht. Along with his uncle, Ricardo Rivera, he was accused of having received bribes for 13.5 million dollars. That was determined by justice.

Now, the auditors will review the former official’s accounts between June 6, 2016 and January 4, 2018. That day, Glas lost his job because he was detained in prison.

The Alvarado brothers add another investigation to their heritage. They-Vinicio and Fernando-occupied several positions. In both cases, the Comptroller will review the possible property variations that have occurred between January 1, 2012 and June 30, 2017.

The Alvarado have been ‘frequent clients’ of the Comptroller’s Office in recent months. And, at least, in two cases, he asked the Office of the Prosecutor to investigate the criminal liability that may have been in the management of public resources in the Secretariat of Communication (Secom) for the hiring of related companies or the transmission of the Citizen Links. The Financial Analysis Unit (UAFE) also requested an investigation into irregular movements in several companies owned by it.

A ‘famous’ character, especially in networks, also entered the radar of the Comptroller’s Office. The entity is conducting an examination to Roberto Wohlgemuth, from October 9, 2014 and July 10, 2017, when he worked at Secom. He is signaled by the opposition and by several collectives as the promoter of the troll center of the previous government.

In the extensive list that has the Comptroller’s Office also appear the ex-ministers Ricardo Patiño (now leader of the Citizen Revolution), Javier Cordova, Rebecca Illescas, Esteban Bernal (Assemblyman) and the ex-officials Carlos Bernal and Leonardo Orlando, who were also part of the government of Lenin Moreno for a few months. Of the current regime, Édisson Garzón, a former member of the company that coordinates Public Enterprises, is the only one whose assets are under analysis.

Audit of the use of presidential aircraft

The presidential aircraft have been controversial since its acquisition in the previous government. In 2008, the Executive acquired an Embraer Legacy 600 and in 2013, the Dassault Falcon 7X, of French origin. Now, the surrogate controller, Pablo Celi, ordered the start of a special examination for its use, between January 1, 2012 and May 24, 2017.

What information will be reviewed? The dates, numbers of national and international trips, destinations, flight hours, crew, passenger list of each, displacement objectives and costs.

The control action, the entity said in a brief statement, began on Monday and is part of the 2018 Annual Control Plan. The results should be ready in 90 business days.

In August 2017, President Lenin Moreno ordered, as a measure of austerity, the “immediate sale” of one of the presidential aircraft. That offer has not yet materialized.

The financial statements of the former members of the Management Committee, since 2014, are also in audit.

The nine judges are also under the scrutiny of the Comptroller’s Office. This year, the examination of their assets began.