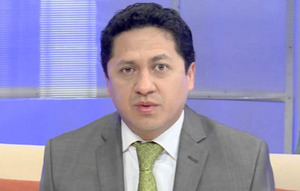 The regime confirmed yesterday the “political will and decision to explore the southeastern of Ecuador,” so said the Minister coordinator of Strategic Resources, Rafael Poveda, who also indicated that the intervention in this sector of the Amazon “is the responsible thing we can do with the country.”

Poveda was speaking at the Eighth Annual Meeting of Energy and Petroleum (Enaep). The minister explained that the process of the First Petroleum Round of the Ecuadorian Southeast has been delayed since the regime had to make some adjustments, “There were some conditions that did not allow the right generation to promote environment for companies to participate,” said Poveda.

The minister explained that the deadline has been extended three times, and emphasized that if the natural resources of Ecuador are not used it will not be able to leap “towards a developed society, which is the goal we have set.”

He added that the resources of ITT (not part of the round) in year seven of exploitation would involve an income to the country of $ 9,000 million.

Empirical Artists may have honorary titles