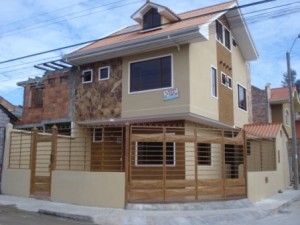 In recent days the real estate offer has increased (people who want to sell their properties), but simultaneously a sharp contraction in demand (buyers). As a result, less business are realized.

The president of the Association of Realtors of Pichincha, Miriam Sanchez, explained that the real estate offer of houses, land, farms, offices, etc., has increased by 30%. However, the demand has had a drop of 80%, she says.

A similar situation exists in Guayas. According to Hector Macias Carrillo, president of the Association of Realtors of Guayas (Acbir), there is market jitters, so many people are looking to sell their properties, especially in the rural sector (farms and land).

His clients interested in selling, he said, prefer to do it now, before the laws of Inheritance and Capital Gains and approved. Meanwhile, potential investors are discouraged from buying, until knowing what will be the outcome of legislation.

Sanchez believes that besides of the laws, there is also a lack of liquidity, the drop in oil prices and job stability.

For its part, German Carvajal of the Market Watch consulting firm, confirms an increase in the offer, and ensures that the decline in prices has already begun. A house whose price was $ 100,000 two months ago may now cost $ 90,000, he says.