In a dominant and overwhelming victory at the Santiago Bernabeu, Real Madrid beat Levante by 3-0, keeping its leadership in the Spanish League.

At minute 11, Portuguese Cristiano Ronaldo jumped higher than everyone following a corner and with his head sent the ball to the net and gave the advantage to his team, which remained calm and dominated the game smoothly.

49 minutes later Brazilian Marcelo combined with Ronaldo on the left side and scored the 2-0. At minute 81 Levante player Nikos, tried to deflect a ball to the corner but accidentally scored Madrid’s third goal.

And so it is the Real Madrid team that leads the league with three points over Atletico Madrid and four over Barcelona, to whom it will face within two matches. 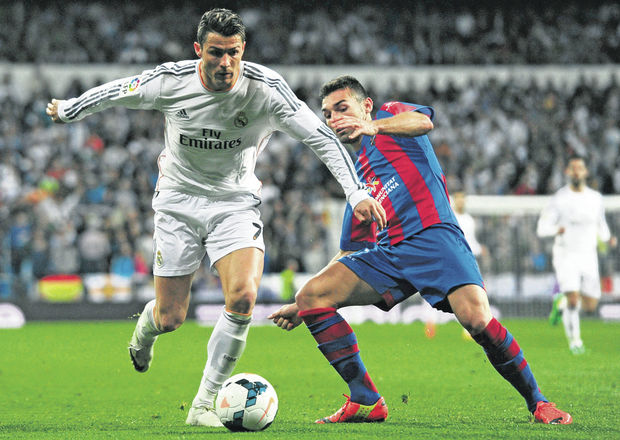