Real Madrid reaches the final of the Champions League 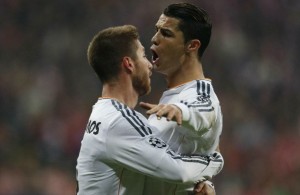 Real Madrid qualified for the final of the Champions League by winning 4-0 at Bayern Munich with doubles scoring by Sergio Ramos and Cristiano Ronaldo this Tuesday at the Allianz Arena.

Ramos scored two headed goals in minutes 16 and 20, while Ronaldo made the third in the 34m after an assist of Welsh Gareth Bale.

The fourth came in the final stretch (89m) with a free kick from Ronaldo once again.

After winning 1-0 in the first leg, Real Madrid finished the semifinals with a favorable score of 5-0.

Referendum for Yasuni is a possibility according to Correa