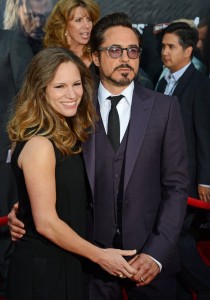 Through a publication in his Twitter account, actor Robert Downey Jr. confirmed that he and his wife Susan are waiting for a girl later this year: “Yo. Susan. Baby. Girl. November.Scorpio?”. This would be the second child of the couple and the third for Downey.

Indio Falconer, 20, son of his previous relationship with Deborah Falconer, was recently involved in trouble with the law for illegal possession of drugs. In the past, the actor twice nominated for Academy Awards had addiction problems.