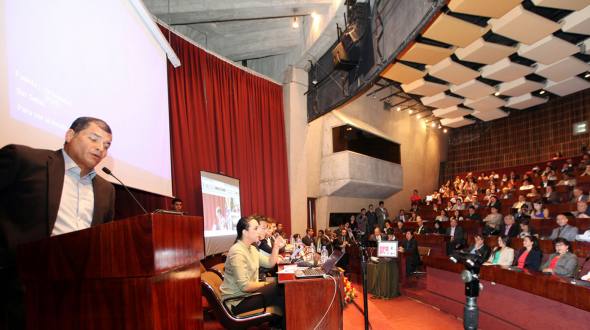 “There are 15 or 18 (texts), but we do not exclude that may be more and that some of the proposals can be eliminated,” said yesterday President Rafael Correa.

Among the changes in the Constitution are: the indefinite reelection for all elected officials, declining from 35 to 32 years old the minimum age to be President,  granting other powers to municipalities,  fixing that the pensions of police and military are assumed by the state and promoting changes in the judicial guarantees.

The President of the Assembly, Gabriela Rivadeneira, confirmed that at the meeting of the ruling party will be legally and technically justified the purpose of these changes to refer them to the Constitutional Court next week.