New Russian troops are mobilized to the border with Ukraine 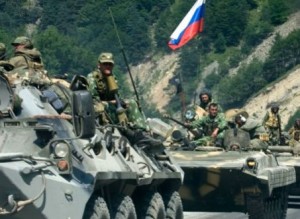 The Secretary General of NATO Anders Fogh Rasmussen reported this Thursday in London that Russia has sent again thousands of troops to the border with Ukraine.

“I can confirm that we see a Russian military buildup, thousands of troops were deployed on the border with Ukraine and military maneuvers around Ukraine,” Rasmussen said in a ceremony at the debate organization Chatham House.

“If they were deployed to seal off the border and stop the flow of weapons and fighters, that would be positive. But that is not what we see,” he said.

“It seems that Russia reserves itself the option to intervene more,” said Rasmussen, threatening with a “strong response”.

On Wednesday, Ukrainian President Petro Poroshenko announced he will order a cease-fire to his troops in the pro-Russian separatist east, a step that Moscow received coldly.