Rusia: OSCE plan for Ukraine must be applied immediately 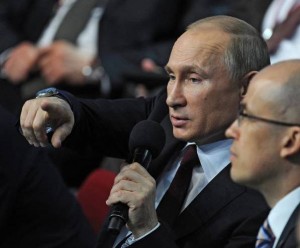 Russia today demanded the immediate implementation of the OSCE plan for the settlement of the Ukrainian crisis, which is in the end of the Kiev offensive in pro-Russian regions.

“We consider of an exceptional importance to put into practice the road map” of the Organization for Security and Cooperation in Europe (OSCE). The cessation of force provision `by Kiev´ ` is key,´ said the Russian Foreign Ministry in a statement.

The Foreign Ministry referred to the agreement reached last week in Moscow between the  OSCE President on duty, Didier Burkhalter, mediator in the Ukrainian crisis, and Russian President Vladimir Putin to try to stop the heightened tension in the neighboring country.

The plan also establishes the withdrawal of Ukrainian troops from the rebel regions of southeastern Ukraine, the disarmament of all irregular armed groups and the holding of a national dialogue that allows the Russophone minority in the country to defend its interests.