Russia is ready to examine request of financial assistance from Greece 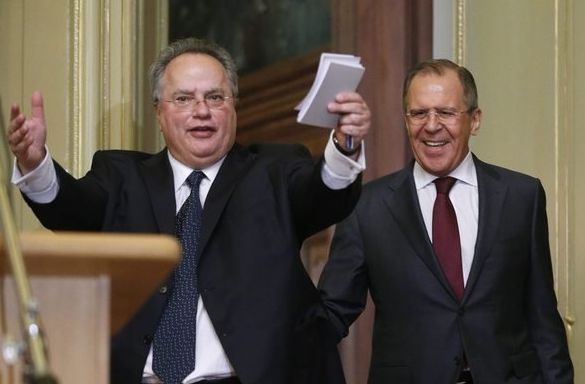 Russia “will examine” any application for funding from the Greek government, which also suffers from “the illegitimate line of Westerners,” said on Wednesday Russian Foreign Minister Sergey Lavrov, who received his Greek counterpart Nikos Kotzias.

“We talked today about the financial situation in Greece, which is also in a difficult situation due to the illegitimate, unilateral line of our Western colleagues,” Lavrov said at a press conference with Kotzias.

“If the Greek government addresses us, this call will certainly be examined” by Russia, the Russian Minister said.

Lavrov also welcomed “the centerline of the Greek government acting by the development of our strategic partnership without trying to politicize (…),” he said, referring to Ukraine.

“We appreciate the position of the Greek government that understands that it is absolutely counterproductive to speak with Russia the language of sanctions,” said the head of Russian diplomacy.