Schwarzenegger is back in True Lies sequel 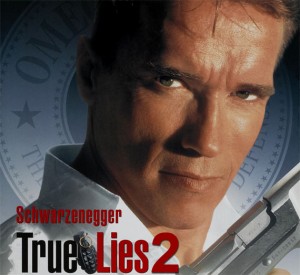 Arnold Schwarzenegger is back in True Lies 2

The former governor and actor, Arnold Schwarzenegger confirmed that there will be a sequel to the movie “True Lies” that was directed by James Cameron in 1994. The famous actor will once again portray the spy Harry Tasker.

Entertainment Weekly asked the actor about the sequel of True Lies. Schwarzenegger stated that the idea for the movie was made in 2000, but after the 9/11 terrorist attacks, the movie was put on hold due to the similarities with the story.

Schwarzenegger  revealed that many movies related with terrorism were cancelled, however after ten years of no similar terrorist attacks, these stories are coming back again.

The actor also stated that there could be more projects with the famous director, James Cameron. Meanwhile, Schwarzenegger co-star, Tom Arnold, stated that he read the script and both are excited about it. Cameron made the script, and Jeff Eastin will direct the movie, since Jim cannot direct it at the moment.