Shakira will sing at the closing ceremony of Brazil 2014 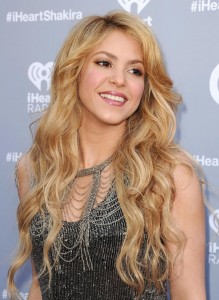 This July 13, at the Maracana stadium, the Colombian singer Shakira will perform for the third consecutive time in a World Cup. Germany 2006 and South Africa 2010 have already hosted this famous artist, known for her dance moves and powerful voice.

`La la la,´ one of the most representative songs of the tournament, whose video clip shows football stars like Radamel Falcao, Lionel Messi, Gerard Piqué (her partner) and her son Milan, will resonate in the closing ceremony.

Shakira and Pique in Cancun for Vacation