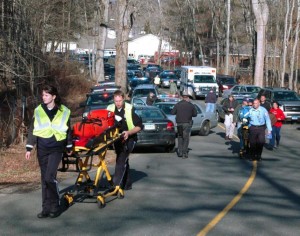 Two people died on October 24, including a student that would be the alleged gunman, and four others were wounded in a shootout in a junior high school in Washington state, United States.

Robert Lamoureux, member of the police, said that the man shot several times in the Marysville Pilchuck institute, north of Seattle, and after he killed himself.

Several witnesses in the shooting indicated to CNN and the local tv channel KIRO 7 that the alleged perpetrator of the shooting, which took place in the cafeteria, is the student Jaylen Ray Fryberg, a freshman of the center.

According to a student, one of those injured was a girl Fryberg was attracted to, but had not corresponded to him.