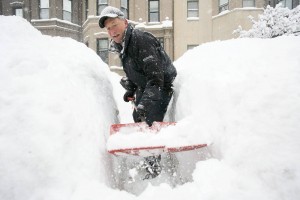 A new snowstorm yesterday left the northeastern corner of the United States, with almost zero visibility in coastal areas. This would be the fourth attack of the winter weather in less than a month.

Piles of snow over two meters caused by previous storms could be seen un some areas.

The Weather Service said that during the morning dropped up to half a meter of snow in different populations.

About 400 flights were canceled at Boston’s Logan International Airport. In addition, the transport authority yesterday paralyzed all train, bus and ferry services in Boston.

Northwest of US continues under the cold and snow