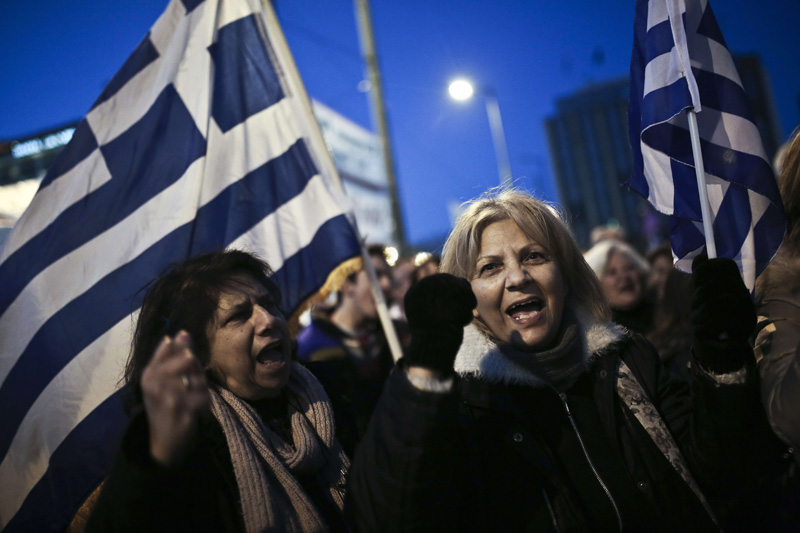 Over 25,000 protesters gathered yesterday in different parts of Greece to support the new leftist government of Alexis Tsipras and protest against austerity measures imposed by the European Union (EU).

In the capital, Athens, at least 18,000 people were gathered last night, while in Thessaloniki another 8,000 joined.

The Greek government delegation is in Brussels to negotiate the debt with the EU.

On Monday, a meeting of finance ministers of the euro area will consider the proposal of Greece on a “bridge financing” of short period without onerous terms previously imposed on the country, until a solution is found in the long term for the overwhelming Greek debt.

The government, led by leftist Syriza, refused to extend the bailout of Greece of austerity which imposes measures imposed of the troika by creditors and was willing to look for other solutions.