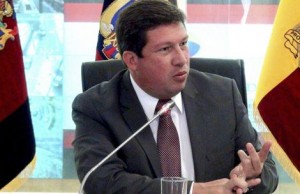 The Coordinator Minister of Security, César Navas, announced that social insurance of the Armed Forces and Police will not be removed from the social security and indicated that these institutions currently have special regimes and are protected by the Constitution.

Section 370 of the Constitution states: “the National Police and the Armed Forces shall have a special social security.”

Oversight body will oversee transfer of pension funds to the Biess