Spain Rejects to Increase its Participation in Libya 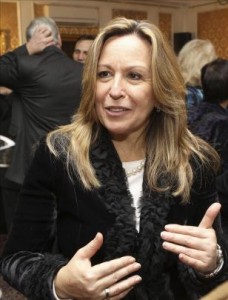 Spain remains borrowing the same militaries capabilities for the NATO operation in Libya. The Spanish chief of Diplomacy in Berlin, Trinidad Jimenez stated that London and Paris insist that Spain increases his efforts to support the effort of the allies.

Since the beginning of the military campaign in Libya, the Spanish government chose to limit their participation. Their activities include the seizing of arms and to support the air exclusion zone. These are the capabilities that the Spanish government will continue to maintain. Jimenez made the statement during a meeting with NATO in the German capital.

Meanwhile Paris and London are pressuring the rest of the countries that are participating in the NATO operation to increase their military efforts in the fight against the Libyan regime, in order to avoid the stagnation of the conflict.

France and the U.K. Could Strike Libyan Command Centers