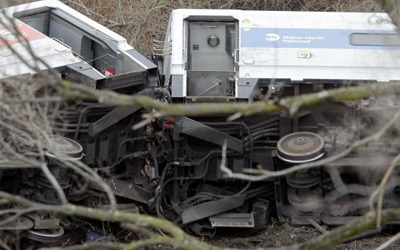 Andrew Cuomo, Governor of the State of New York, said that speeding could be the reason for the derailment of a train  in the Bronx, which left 4 people dead and 67 wounded.

“After a day working with the experts, I believe that it is linked to the speed,” said Cuomo in an interview with the NBC television station, listing three hypotheses for the accident: “a problem with the rails, an equipment problem or an error of the operator”.

Meanwhile, a team of researchers from the National Council of transportation safety (NTSB) was able to recover yesterday the second black box of the train.

Within the 67 injured victims, eleven are in serious condition and the rest only suffered slight injuries.

A large Ecuadorian community lives in the Bronx of New York County, but reports have not said if the victims of the train derailment  people of Latin descent or Ecuadorian.

27,000 candidates were registered for the local elections

Embassy of Ecuador apologizes for the ‘deception’ of the Pianist Maschietto