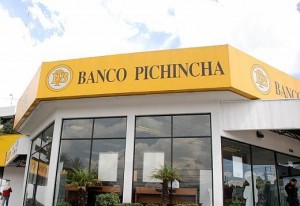 The Internal Revenue Service (SRI for its Spanish acronym) announced yesterday on its website the formation of economic groups for 2015. This year 125 groups have been listed, more than 118 groups that were formed in 2014. In Zonal 9 there are 46 economic groups, while in Zonal 8, which includes Guayaquil, there are 41 groups.

Pichincha Bank leads the ranking, as last year. The entity generated $ 142.2 million in taxes, and is followed by the OCP Ecuador group, which paid taxes totaling $ 103.6 million; Corporacion La Favorita ($ 62 million), Almacenes Juan El Juri ($ 41.7 million) and the private telephone company Claro ($ 137.2 million).
According to the SRI, an economic group is made up of individuals and societies that possess directly or indirectly more than 40% of the shareholding in several companies.