Statue of John Paul II will be unveiled in Sarajevo 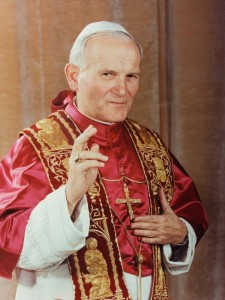 The monument will be located in front of the Sarajevo Cathedral

On April 30, in Saravejo, capital of Bosnia, a monument was unveiled in of honor Pope John Paul II, which had a cost of EUR 240 000, advert the Bosnian-Croatian Catholic Cardinal Vinko Puljic.

In a statement to the press, Puljic said: “On April 30 a mass in the Cathedral will be celebrated and then the inauguration of the monument will be held, in which we hope numerous guests from the cultural, political and religious life.”

John Paul II is remembered for fighting for peace in Bosnia-Herzegovina between 1992 and 1995.