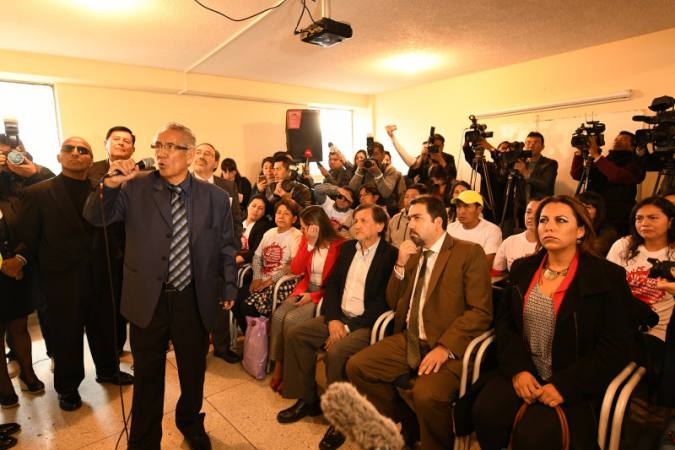 The mothers of 41 children who had been sexually assaulted by a teacher at the Academia Aeronáutica Mayor Pedro Traversari (Aampetra) yesterday shed tears once more during the public offering of apologies by the authorities of that school.

They cried all the time, recalling the difficult moments their children went through and the harsh reality they now live, as the adolescents who struggle to overcome the trauma caused by these aggressions.

The act of symbolic reparation, the plaque in memory of the victims, an economic compensation and the public offer of apologies of the school authorities are not enough, according to the mothers of the victims, who asked the authorities to intensify their work to prevent this type of events from happening again.

Before authorities like Deputy Minister of Education Álvaro Sáenz, Ombudsman Ramiro Rivadeneira, representatives of Unicef, the Public Prosecutor’s Office, the Ombudsman’s Office, Amparo Molina, on behalf of the mothers of the victims, complained that the authorities have responded slowly to denunciations in this case, registered during the 2010-2011 school year. (I)

An extension term until December for teak

Tariff adjustment will be discussed in the Advisory Council