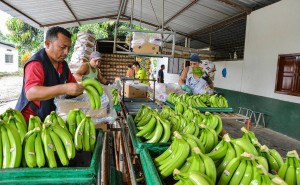 The price of a box of bananas will fall to $ 6.16 in 2016, after a consensus between producers and exporters.

This, for boxes of 41.5 pounds and 43 pounds (22 units), reported yesterday on its website the Ministry of Agriculture, Livestock, Aquaculture and Fisheries (Magap).

The first is exported to the United States and that of greater weight to the European Union (EU).

The new price was announced after conversations among the head of the Magap, Javier Ponce, producers and exporters, held on Monday afternoon in Guayaquil, where Ponce listened to the comments and proposals of the representatives of the sector.