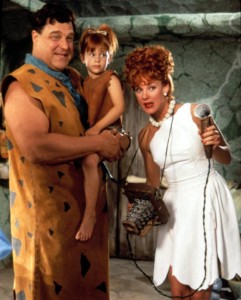 `The Flintstones´ return in an animated film

‘The Hollywood Reporter´ informs that a new installment of the famous animated series of the 60´s could return to the big screen. An animated version of `The Flintstones´ is being prepared,  which will be in charge of Warner Bros and Will Ferrell as its producer.

Chris Henchy (known for his work in ‘The Campaign’) is currently working on the script of this story that already has two films produced by Universal Studios. So far they have not given more details of this project.