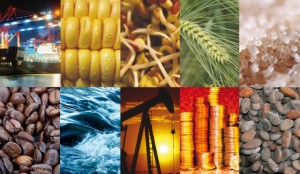 According to an IMF report, hard times for the economies of countries that export commodities are to come.

The International Monetary Fund (IMF) predicts “difficult years” for exporter countries of raw materials, including those in South America, according to a report released Monday.

“The commodity- exporting economies are going through a difficult period of transition,” says the report issued the previous week to the annual assembly of the IMF in Lima.

The economic slowdown in China, a voracious consumer of raw materials, exacerbated the global trend towards falling prices, especially oil, which broke out in the last three years.

Consequently, exporting countries in Africa, the Middle East and South America will suffer “significantly” a reduced rate of growth that may continue in the coming years, the report says.

Prices of raw materials annually could cost the loss of “one percentage point” of the growth rate of exporter countries until 2017, it adds.

The IMF emphasizes that exporters of energy products would be the first affected and would lose on average “2.5 percentage points” of the growth rate.