The National Corn is good but expensive for chickens 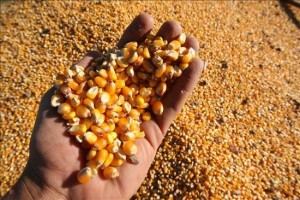 Falling oil prices also splashes the wings of the of the poultry sector, which prevents it from taking flight so high, in an economic sense, as it would like.

Pablo Anhalzer, president of the National Poultry Farmers Corporation of Ecuador (Conave), said that although the local sector has grown by 400% over the past 25 years and now representing about 27% of the agricultural gross domestic product (GDP), it does not gets rid of having affectations in sales by the economic crisis that exists.

Anhalzer stressed that this is added to the domestic raw materials, such as corn, which is more expensive compared to that offered by other countries, causing a loss of competitiveness and lowers the wings in the pretensions of potential exports. A bushel of corn costs $ 15.90.

While in the world, input prices get lower, in Ecuador remain high and is required to reach an equilibrium. The poultry farmer added that domestic corn is preferred due to its quality: it has a better pigmentation which is transmitted to chickens, it generates a better meat color and increases energy compared to the imported.

Two standards to control the supermarkets