“I am a person with a disability and for presenting this condition I am being discriminated against.” The arguments that Cristian Cruz gave before the Assembly did not prevent his censorship and dismissal from the Citizen Participation Council ( Cppcs ), which occurred this Tuesday, October 13, 2020. 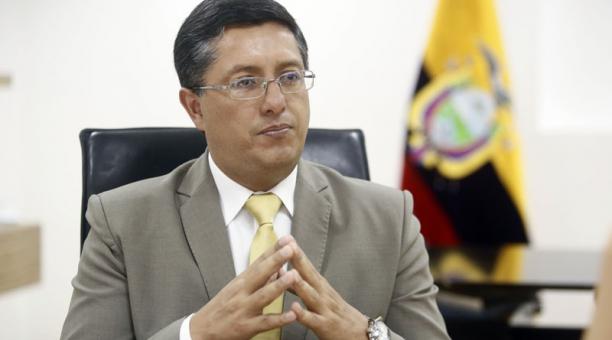 The resolution was approved with 124 votes in favor and 5 abstentions out of 129 assembly members present, a figure that far exceeded the absolute majority (70 votes) that the Constitution required for this decision.

The motion was presented by Henry Kronfle , after the process that took nine hours in the 684 session of the Plenary. The Christian Social Assemblyman promoted the interpellation for alleged non-fulfillment of functions and lack of probity.

“To Mr. Christian Cruz Larrea for the lack of ethics and morals, principles and values, the notorious lack of probity, we must censure him; for the illegality and non-compliance and arrogance of duties, we must remove him, “said Kronfle.

In accordance with article 41 of the Organic Law of the Cpccs, the vice president, Sofía Almeida , will assume the Presidency of this body. While César Ulloa , Cruz’s alternate, will be responsible for replacing him as counselor.

Cruz was only thirteen months in office. Thus, he suffered the same fate as José Carlos Tuárez , who preceded him in the Presidency of this body, and three other councilors, in which case the censorship and dismissal were given by 84 votes, on August 14 last.

Crossing with the PSC

During the debate, the Social Christian Henry Cucalón pointed out that this process “also represents the judgment of the institutionalized abuse of an organism that nationalizes citizen participation, distorting the rule of law and democracy.”

“This is how a year ago we dismissed a rogue who stained the cassock and today it is the turn of a phony in a kimono,” he said in reference to Tuárez, who was a priest, and Cruz, who practices martial arts. The first, in addition, faces a conviction for charges management.

The PSC assembly members were mentioned by Cruz . He accused this political organization of trying to take control of the body with Sofía Almeida. He asserted that she “has a long Christian social family history.”

card Cruz’s defense of the card that grants him 81% visual and hearing disability, a type E driver’s license (appropriate for trucks), and that these should not be support for his interpellation , did not convince any legislator.

“Assembly members, I want you to make a fist with your right hand and place it in any of your eyes, allow more or less half an inch of light to pass through that fist; that is the visual degree that a person with 76% visual impairment has; that person cannot get a professional driver’s license, ”Flores added.

During the session, no assembly member came out in defense of Cruz. Nor did he convince them when he said that “we are in a time of extinction where we should be united, in solidarity, united by the truth and not finding responsibility for non-existent things.”

In his defense strategy, Cruz resorted to warnings that the case could reach international bodies, after noting violations of due process and legal security, which earned him the rejection of Kronfle and other assembly members such as José Serrano (AP) .

“It is striking that the President of the Cpccs goes to the Assembly to threaten, in an effort to try to justify very serious offenses (…). The impeachment is a guarantee that society is protected against immoral acts, ”said Serrano.

The president of the Audit Commission, Elio Peña (PK) and other of its members such as Esteban Melo (RC), Marcelo Simbaña (Creo) and Jaime Olivo (PK) rejected that Cruz argued an illegality in the reconformation of this table, that it took place last September, and that he presented actions in the ordinary justice system.

A judge, however, rejected a precautionary measure filed by Cruz, considering that it did not demonstrate how or in what way there would be a threat to violate her rights.

“I will always be ready to address any concern based on the truth, no one should be above the law, we are all equal and remember that life is short,” concluded Cruz, before leaving the plenary session.