The subsoil of Pedernales moved 7 meters after the earthquake 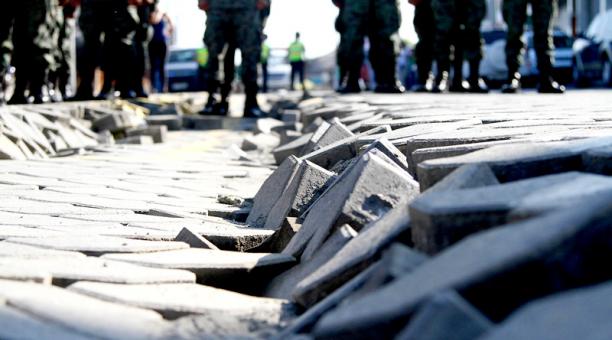 According to preliminary data collected by the Geophysical Institute of the National Polytechnic School, its accelerograph network and GPS stations, determined that the earthquake of April 16, 2016 caused a rupture that shifted the ground about seven meters south of the country, from the the epicenter (Pedernales, the Ecuadorean coast).

That is, that these were the consequences of the accumulation of pressure between the Nazca plate (in the ocean) and the Continental plate. In the surface  -visible soil- changes of up to seven centimeters were determined. The computers that recorded these anomalies are located in land areas, said Patricio Jarrin.

In addition to these results, the Geophysics institute reported this afternoon May 4, 2016 on the intensity of the earthquake of April 16 according to the affectations in various parts of the country. The first category of this intensity was rated as destructive in the areas of Pedernales (Manabi) and Chamanga (Esmeraldas).

Chayanne, Carlos Vives, Juan Fernando Velasco and many more, in a show for the benefit of Ecuador