The true story of the exit of Andres Carrion 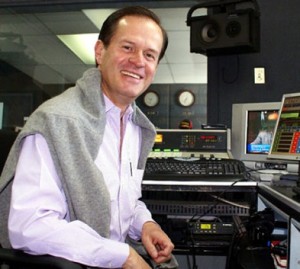 Andres Carrion was chosen as host and director of El Comercio morning news program, for the new channel TVC Televicentro, owned by daily El Comercio, based in Quito. But ihe only lasted a day on his charge.

“Carrion worked normally on Monday 1st, the day of the launching of the new TV channel. On Tuesday morning he received a call from a director of the newspaper who called him urgently to his office. There, he said that due to a business decision, directors of the board decided that he does not appear on the screen for at least three weeks … as pressure lowered. Carrion apparently assumed this as a dissmisal.” Describes the 4pelagatos.com website.

Fernando Carrion, professor and brother of the journalist, announced the host´s exit through his Twitter account. There he suggested that the dismissal was due to someone´s order. Hours later he deleted his tweet. By then, the message had already had more than 500 retweets and generated comments on social networks.

Later in another message on that social network, he said that his brother would keep working in his program broadcast by Radio Platinum, which belongs to Mexican businessman Angel Gonzalez, who owns El Comercio group.