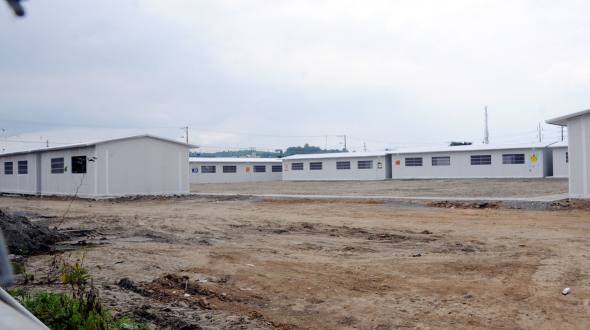 Today June 16 the start of the school year in the Coast, where dozens of students were assigned to temporary schools (camps) is completed. While the vast majority of students from public and private schools began last May 5.

Both in the 7th district (Las Orquídeas) and  the 8th (Monte Sinai), in the north and northwest of Guayaquil, the Ministry of Education ordered the installation of five camps. These are named for their prefabricated and demountable structure to meet the increase of students registered in the public system in both areas.

According to data of the Ministry of Education, regarding the previous school year, in 2014 there was an increase of 51% and 42% of students.

The rains registered in last May caused that the temporary schools were not ready for June 2, said Augusto Espinoza, Minister of Education, at the opening of the only two school camps in Los Vergeles on last May 5.

From a total of 594 mobile classrooms planned for this year, 546 were already operating in June 2. And according to Espinoza, today the remaining 48 should receive the students, so the beginning of the school year would be completed on the Coast.

The temporary classrooms are located in the housing plan Socio Vivienda 2 ,cooperative Las Marías and in Mucho Lote.