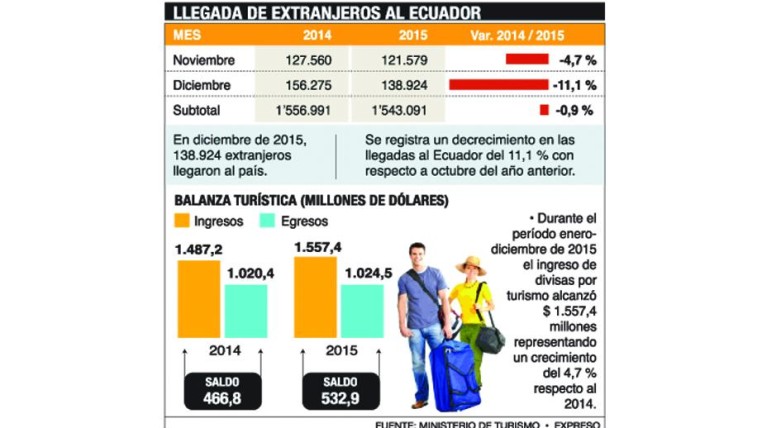 The government will allocate $ 3.2 million for the second phase of the tourist campaign All You Need is Ecuador. The private sector, however, calls for more investment and incentives.

This time, the campaign has a special component: it will be directed mainly to favor Manabi and Esmeraldas, the most affected provinces by the earthquake of April 16.

“The whole tourism sector, before the earthquake, requested this promotion and the return of the All You Need is Ecuador campaign and now, after the earthquake even more,” said Tourism Minister Fernando Alvarado.

The sector faces several problems, starting with the decline in the number of foreign tourists.

Groups search for space in the ballot of 2017