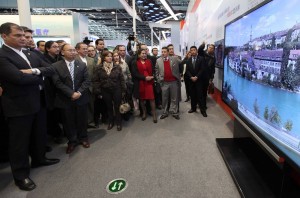 The more distant and expensive trip was Correa’s visit to China, from 2 to 11 January 2015. Four legislators traveled: Lautaro Saenz, Marcia Arregui, Fabian Solano and Betty Carrillo, $ 3,420 was the cost of each air ticket.

Assemblyman Ricardo Moncayo (CREO) said that the Assembly has been “used” to accompany the President and various state authorities on international trips “not linked to specific activities of the Legislature.”