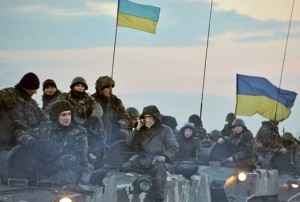 The Ukrainian Army today began blocking Donetsk and Lugansk, eastern cities of the country which are in the hands of pro-Russian separatists.

The Army already blocked largely access to Donetsk, said Anton Gerashchenko from the Ministry of Interior. In control stations are being monitored vehicles and civilians. “Donetsk will be released soon,” said Ministry sources.

It will also be strengthened the fence around Lugansk. “Our troops are on the outskirts. Terrorists have no chance,” said Gerashchenko.

Meanwhile, the pro-Russian separatists warned this morning to the Ukrainian authorities they will stop dialoguing if the army sieges the cities of Donetsk and Lugansk.