UN demands to the hutíes to relinquish power and negotiate 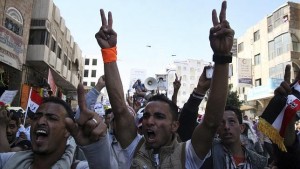 The United Nations Security Council demanded on Sunday February 15 that the hutíes militiamen withdraw from government agencies that control, release the President Abed Rabbo Mansur Hadi and negotiate “in good faith” an exit from the crisis.

This resolution, submitted by the United Kingdom and Jordan, was adopted unanimously by the 15 members of the Council.

Before the vote, the hutíes had demonstrated this Sunday they were determined to continue occupying power, despite the pressures of the Security Council, the Gulf Cooperation Council (GCC) and the Arab League.