UNA sells 42,000 tons of rice to a private company 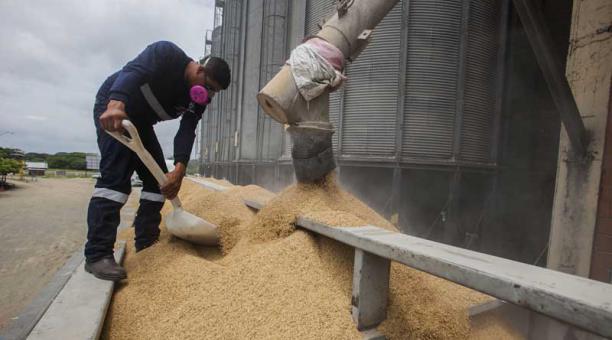 UNA sells 42,000 tons of rice to a private company. The general manager of the National Storage Unit (UNA), Paulo Proaño, assured that he sold the stock of 42,000 tons of paddy rice that the public company owns in the Daule, Babahoyo, Quevedo and Ventanas plants.

The commercialization was carried out during February 2018 to a national private company whose intention is to export the product to Colombia, Proaño added on Monday, March 26, 2018 during a press conference held in the Governorate of Guayas with Edisson Garzón, Chairman of the Board of Directors. of the Company Coordinator of Public Companies (EMCO-EP).
Earlier this month, Proaño had reported that there were “negotiations” for the sale of rice. And even the Minister of Agriculture, Ruben Flores, said in an interview with this newspaper that the sales reached 130 tons to buyers from Colombia and that in the next few days another 6,000 tons of sand would be sold at the market price.
Proaño said that practically all the rice available in the silos were sold.
According to Proaño, the sale price was USD 35.55, which is 200 pounds, that is, USD 0.05 above the minimum support price, which is the one that cancels the farmer for the grass.
This profit margin, added the manager of the UNA, will be destined to absorb the winter rice harvest this year and to generate liquidity to the company, since they must cancel suppliers.
So far, the silos of the UNA are not unoccupied, because the liberation process will take at least two and three months, according to Proaño. Despite this, he assured that this will not affect the purchase process for the next harvest.
“The small farmer has to be calm,” he said. He added that they work on the possibility of having collection centers in several places to facilitate the process to the producer.
They hope to be able to cancel the outstanding debt with the farmers, which Proaño says amounts to USD 1.5 million, in the next two weeks.
He said that they will meet with the Ministry of Agriculture and Livestock (MAG) to work on pending payments that the entity has with the UNA for about USD 27 million. The UNA also has, in addition, 15,000 tons of rice piled in Quito, said the manager. (I)

The Amazon jungle is shown with crafts in Orellana