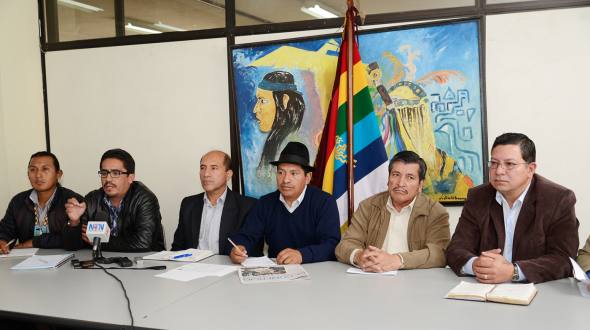 Union members and the Confederation of Indigenous Nationalities of Ecuador (CONAIE) will hold a national convention on October 17 in Guayaquil, to delineate their strategies before the announcement of the Government of not submitting to the Assembly a new draft Labour Code.

The Leader of the Frente Popular party, Nelson Erazo, and President of CONAIE, Jorge Herrera, ratified on October 16 the “unity of organizations against the anti-labor policies of the regime,” which announced it will submit specific reforms to the current Labour Code .

According to Erazo, President Rafael Correa will avoid this debate because “there is no political conditions, and those conditions are that workers let their heads drop anddo not reclaim,” he questioned.