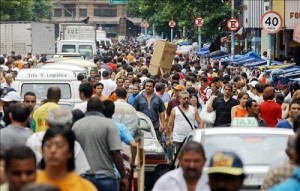 According to the latest data from the National Institute of Statistics and Census (INEC), until September of this year the unemployment rate in the country reached 4.28% compared to 3.90% in the same month of 2014. The inadequate employment rate also rose from 48% in September 2014 to 49.21% in September 2015, while adequate job dropped from 47.78% to 46% in the same period. These statistics are already reflected in the public and private sectors.

According to the INEC, nine out of ten jobs are generated in the private sector, but this does not mean a guarantee for workers, since several sectors have dismissed personnel. One of them is the automobile sector, which between January and September was forced to fire 7,500 direct and indirect workers.

Discount for IESS debts will remain in force until March