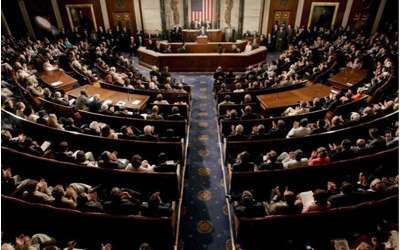 U.S. senators reached an agreement to increase the statutory limit of government borrowing of the United States, a few hours before  the country end up in default (suspension of payments), t announced today the Republican legislators.

Republican senators met to finalize details of the Pact and apparently in a matter of hours the federal Government should open again, said several legislators consulted by the media.

The two chambers must adopt the same text in the same terms until it is signed by President Barack Obama and thus become a law.

“There no decision on when or how a possible agreement in the Senate could be put to the vote in the House,” said Michael Steel, spokesman for the President of the Chamber, the Republican John Boehner.

The Treasury set October 17 as the deadline to continue its “extraordinary measures” that allowed the country to operate after exceeding its debt ceiling.