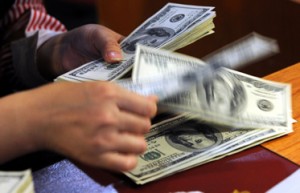 Ecuador’s trade balance (difference between exports and imports) tends to recover this year. Until October, it placed its numbers in $ 148 million in favor, after that during the same month in 2013 a deficit of $ 1,172 million was recorded.

The figure presented by the Central Bank responds to the growth of exports in the last months of 2014, during which the country sent abroad up to 6.6% in relation to January-October of last year; while imports advanced a slight 0.2% during the same periods.

Ecuador’s total sales for the first ten months, the principal participation was the United States, which claimed 31.2% of products; the same that was followed by Chile; with 7.9%; Peru, with 5.2%; Panama 5%; and the remaining 50.8% went to 165 countries.

President Correa: “Ecuador can be proud …” on human rights