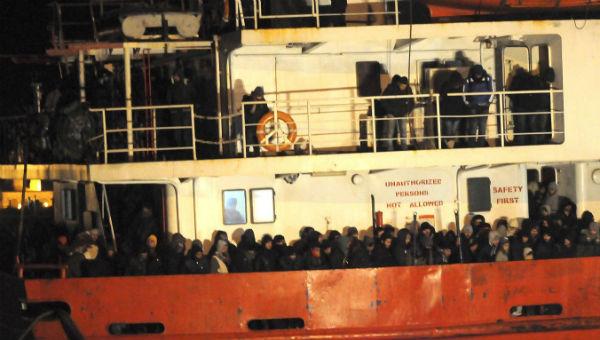 The merchant ship abandoned by its crew with 450 migrants on board, which was approaching the Italian coast, suffers breakdowns of their machines and is adrift, announced the peninsular Air Force.

A helicopter was sent to the ship carrying sailors attempting to take control, said the Air Force.

Towards 23h00 GMT, the ship was found 65 kilometers from Cape Leuca, at the southeastern tip of Italy, said.

“Because of the difficult weather conditions, the ship can only be tackled by air,” the statement said.

The ship was identified as the “Ezadeen” is about 60 meters long and is registered in Sierra Leone.

“There are 450 immigrants on board a merchant ship, which has no crew, and it approaches the coast of Apulia,” a region of southern Italy, had indicated earlier coastguard services in a Twitter message.