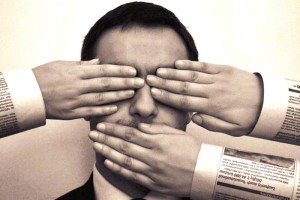 On Thursday, the United States expressed concern about the recent decision of the government of Ecuador to dissolve the Fundamedios organization, which supports the press freedom.

In a statement entitled “Ecuador: Restrictions on freedom of expression and freedom of association,” the spokesman of the US State Department makes a call to the government of Ecuador to honor its commitments under the International Covenant on Civil and Political Rights and the American Convention on Human Rights, maintaining the freedoms of expression and association as fundamental democratic rights.

We are very concerned about the growing restrictions on freedom of expression and freedom of association in Ecuador, says spokesman John Kirby in the statement released Thursday. “An active civil society and tolerance for dissenting views are vital components of any democracy. We share the international concern over the efforts of the Ecuadorian government to silence critical voices and denying its citizens access to a diversity of information and ideas.”

Alberto Dahik recommends returning to the IMF and eliminating subsidies