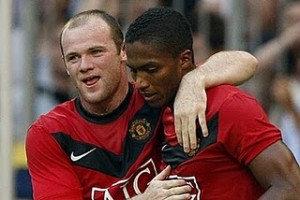 Last Saturday, the Ecuadorian player, Antonio Valencia returned to the game field after nearly six months of recovery from an injury that he suffered in his tibia and fibula. Fans from Ecuador and the Manchester United celebrated the return of Valencia.

The fans in Old Trafford expressed their enthusiasm when Valencia made his appearance in the soccer field last Saturday. Famous soccer player, Wayne Rooney said that it is really good to have him back. It has been a long for the return of Valencia. The Ecuadorian player has not played since September of last year after suffering a terrible injury.

However, Valencia played for 45 minutes in a match against the Arsenal, and it seemed as if he had never stopped playing. Valencia came in the right time since several key players are with injuries themselves.

101 Registered for the Ecuadorian Referendum Propaganda