Venezuelan military are authorized to use firearms in protests 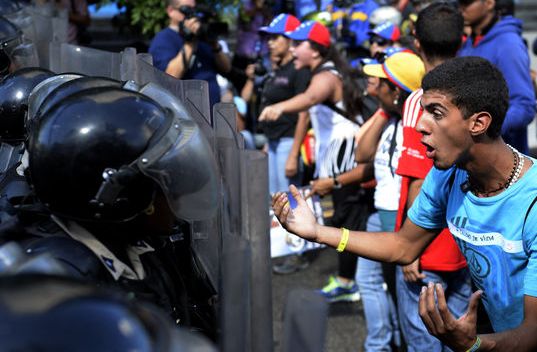 The soldiers involved in controlling demonstrations in Venezuela shall be authorized to use firearms in situations of “life-threatening” according to a government resolution published in the official gazette.

In the resolution “the use of force” gradual “based on the ostensive presence, up to the use of the firearm” is authorized.

Besides the “progressive use of force” is set and if a situation of “deadly violence” is triggered, the military officer may respond “with the firearm or other potentially deadly weapon”.

These provisions contained in the rules on the conduct of members of the Armed Forces at the time of exercising “control functions of public order” in demonstrations.

This regulation is published few days before first anniversary of the start of the wave of opposition protests, which from February to May 2014 rocked different locations in Venezuela with a balance of 43 dead.

The constitutional lawyer Tulio Alvarez, said that authorize the carrying of firearms in demonstrations “opens the door to violate the right to life” and “violates the Constitution and regional and international agreements” signed by Venezuela.