Vinicio Alvarado in favor of amendment

Last Tuesday, Secretary of Public Administration Vinicio Alvarado, supported the Government’s intention of modify the Constitution through an amendment in the Assembly, and not by popular vote.

Alvarado said the amendment is a “tool” allowed in the Constitution itself. “The great referendum will be held in 2017,” said, referring to the upcoming elections.

The government of Rafael Correa wants the Constitutional Court to allow changes to the constitution, including indefinite reelection for all elected officials, to be defined in an amendment in the Plenary of the National Assembly. 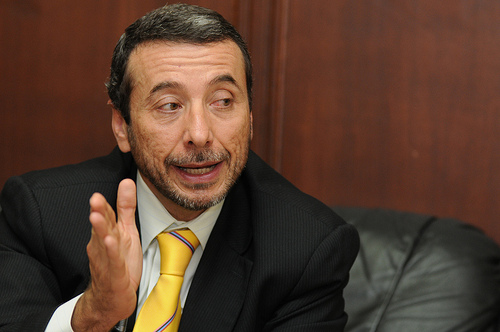