Viviana Bonilla says goodbye to her work as governor 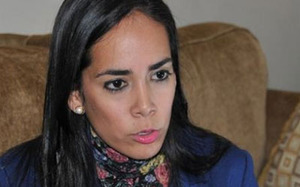 The current governor of Guayas, Viviana Bonilla, began to say goodbye to her job, just two days register her candidacy for mayor of Guayaquil by the regime movement Alianza PAIS. Bonilla began with the task of accountability, as mandated by the Citizen Participation Act.

Bonilla was mobilized to replica school Vicente Rocafuerte, located in the North end of Guayaquil, where precisely the regime developed a housing program.

In the courtyard of the school, Bonilla revised its 17-month run, which began on April 23, 2012, “when debating security indexes and invasions that the city resisted.”