What will happen to Julian Assange? 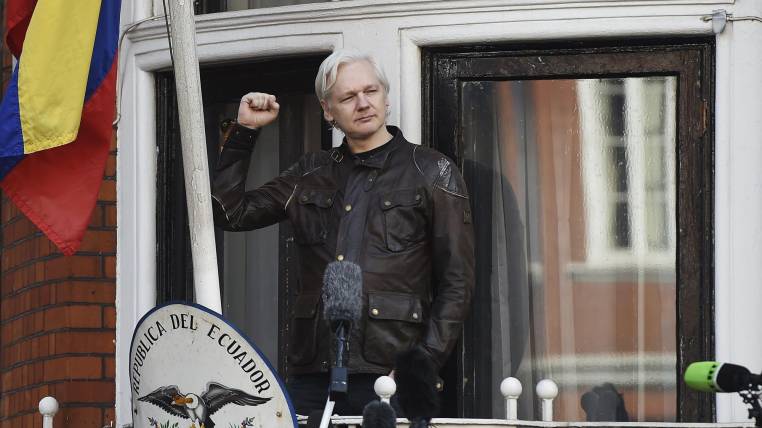 Ecuador is in talks with the United Kingdom about the fate of WikiLeaks founder Julian Assange, a refugee since 2012 at that country’s embassy in London, said Ecuadorian President Lenin Moreno in an interview published on Sunday, July 29, 2018.

“The issue of Mr. Assange is being dealt with by the British government and I understand that we are already establishing contact with Mr. Assange’s legal office in order to find a way out,” Moreno told El País newspaper last Thursday in Madrid.

“Mr. Assange has been doing this for more than five years and we have to find a way out. An exit that defends their rights, mainly their right to life, and that at the same time can give Ecuador the possibility of not having what undoubtedly represents a problem for our country, “the president added.

Assange, now 47, took refuge in 2012 in the Ecuadorian legation in the United Kingdom to avoid being extradited to Sweden, which claimed him for alleged crimes of sexual assault, including rape, which he always denied having committed.

The Australian cyber-activist claims that the accusation was politically motivated and fears being extradited to the United States for having spread thousands of secret documents from that country through its website specialized in WikiLeaks leaks.

The Swedish justice abandoned the last case of rape in May 2017, but a London court refused in February to file the Assange case, citing a breach of the terms of their bail.

In an unsuccessful attempt to resolve the case, Quito granted the nationality to Assange last December.

In March, the government cut off all Assange’s communications with the outside world for continuing to interfere in matters of other countries and threatened him with new measures if he again failed to comply with his “commitment” not to interfere in those matters.

Assange unleashed the wrath of Ecuador when he publicly criticized the Spanish government for its actions against the independence movement in Catalonia.

Moreno, who visited the United Kingdom and Spain this week, indicated that the “ideal” solution would be for Assange to assume “a penalty” in the United Kingdom for violating the terms of his parole and then leaving for a quiet place. (I)