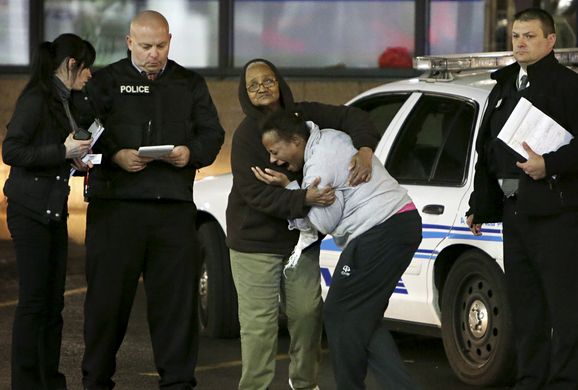 Antonio Martin’s mother came to the place where his son was killed. AP

The Police announced this Wednesday the killing of an African-American teenager in a city near Ferguson, Missouri, where in previous months, another unarmed young Afro-man was also killed, generating protests and racial tension across the US.

The Police of the Saint Louis County says in a statement that an official of the city of Berkeley “fired several shots” after a man “took out a gun and pointed to the official” during a “routine patrol” at 23: 15 local.

The identity of the victim was not made public at first, although the St. Louis Post Dispatch said that a woman at the scene identified him as his son, Antonio Martin, 18.

According to television images, dozens of angry residents quickly gathered at night around the Berkeley service station where important police reinforcements met.

The police officers said they recovered a handgun after the incident, which is under investigation. “The second suspect fled the scene,” they added.