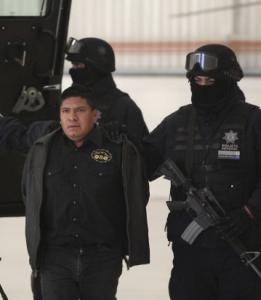 The Mexican federal police arrested Flavio Mendez Santiago a.k.a. “El Amarillo” one of the six founding members of the drug cartel Zetas. Mendez, 35, was one of the former militaries that deserted the Army in the early nineties and became the armed force of Cartel del Golfo. Afterwards they became one of the most dangerous organizations in the country.

Mendez Santiago was considered as one of the most dangerous criminals. His capture was worth $1,2 million. Zetas Cartel was in charge of drug traffic and other practices such as, organized crime, extortion, kidnapping, immigrant traffic. Their operation base began in the south of Mexico; however, they now operate on the whole country.

Mendez Santiago coordinated the drug traffic and illegal immigrants from Centre and South America. He controlled the states of Oaxaca, Chiapas, and Veracruz. Mendez worked from Oaxaca at the same time his presence was perceived in the states of Campeche and Quintana Roo.

The drug lord was apprehended in Villa de Etla, at 17 km of the city of Oaxaca. He is accused on drug traffic and organized crime charges. Zetas Cartel is also responsible for the slaughter of 72 immigrants in Tamaulipas.