21 Russian and Ukrainian officials are sanctioned by the EU 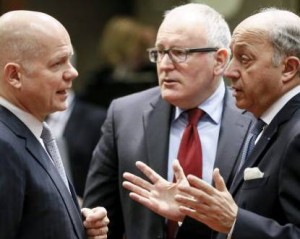 The European Union approved the first sanctions against Russia for the escalation of tension that has led Crimea to the referendum.

European Foreign Ministers formed a list of 21 Russian and some Ukrainian personalities whom they consider responsibles for the situation that exists in Crimea.

With this move, warnings made for Russian President Vladimir Putin are materialized, when he decided to strengthen the military presence in Crimea and block the Ukrainian army in the area.

The European Union considers that, far from helping to reduce tensions, Putin has promoted an illegal referendum to separate Crimea from Ukraine and he has refused to talk with the Kiev authorities to solve the problem.

Although the EU knows that sanctions will not change the course of events in Ukraine, Member states are confident that function as an alert to Putin to enter into negotiations.