“This morning in Aragua, captain of our GNB José Guillen past away. Bullet hole in the head,” said Head of Strategic Operational Command of the Armed Forces (Ceonfab for its Spanish acronym), General Vladimir López Padrino on his Twitter account.

Guillen, who becomes victim number 29, was shot last Sunday night when his National Guard unit was instructed to disperse a group of protesters who had blocked the José Casanova Godoy avenue in the city of Maracay, Aragua state, north of the country.

According to information provided by the state governor, ruling party member Tarek El Aissami, the patrol “was received with gunshots” and in that revolt Guillen was wounded in the head.

From the 4th of February this year Venezuela is the scene of protests started by students and groups opposed to the government of President Nicolas Maduro, who march to against insecurity and claiming the resignation of the government. So far there are at least 29 dead, 400 injured and more than 40 investigations initiated over human rights violations. 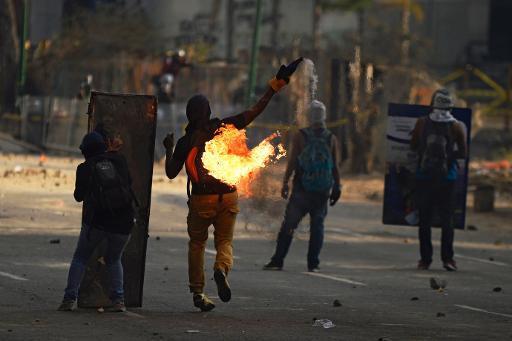