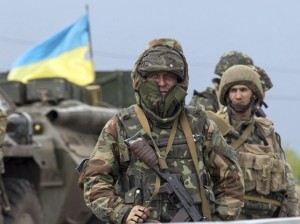 The President of Ukraine Petro Poroshenko has promised this Friday to “find and destroy” pro-Russian separatists responsible for the death of some twenty Ukrainian soldiers by a Grad missile attack in the Lugansk region, east of country.

Poroshenko convened an urgent meeting to discuss what happened in one of the deadliest days that left at least 23 dead soldiers in 24 hours, according to sources in Kiev.

Vladyslav Seleznev, spokesman of the military operation, totaled 23 the number of dead soldiers and border guards, and 93 injured in all conflict areas (Donetsk and Lugansk).

The president threatened to make pay the rebels “with 100 of them” for each soldier killed in the so-called “anti-terrorist operation” against separatists, which has been carried out for three months.

British law of cyber and phone surveillance is criticized by Snowden